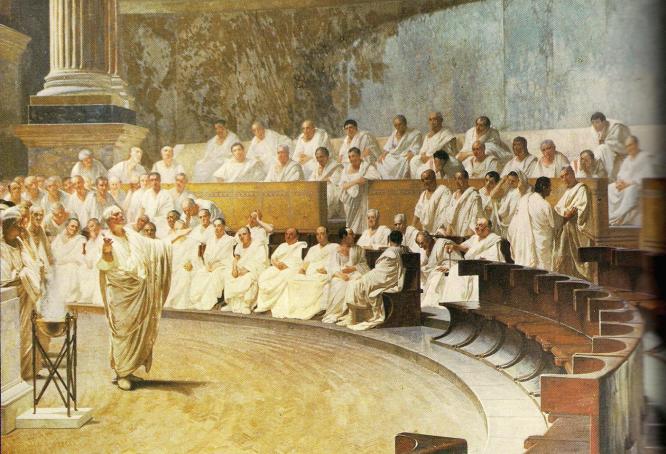 Ancient Greece: the cradle of democracy

Can we have real democracy? The majority really rules in a democracy? Is democracy just an utopia?

At this point I’ll imitate the mighty Morpheus, the character of the movie “Matrix”, and offer you one of the two pills: the red one, you should stop reading, at once. The green one, you’ll know the truth.

In practice, there’s no such thing as democracy. Especially, for a people that is not politicized, educated and used to the system.

What we see is an illusion. Usually, we misplace the word “democracy” by the word “freedom”.

One of the most important aspects of Muslim Arab politics is the difference of concepts. In the West, Democracy is (or should be) ‘the government of the people, by the people, for the people’.

Personally, I believe that what we call Democracy is the ideal form of government; however, it doesn’t work for every situation and culture. It’s more dangerous to have a bad democracy than a good dictatorship. Plato agrees with me. Well, I can explain. If a democracy is based on the deception of voters, it’s a bad democracy. In some 3rd world countries like Brazil, a candidate can easily buy a vote today by giving the voter a t-shirt and a pair of flip-flops.

Even the multi-party system can be a deception since it’s not rare in the world  having politicians from opposite idealistic sides making collusions to achieve personal and political favors.

“The best argument against democracy is a five-minute conversation with the average voter.”

That principle can be easily verified in a very developed democracy, the United States. During the process of primaries to choose the candidate to run, for example, for the Presidency, all kinds of low attacks are made between the candidates. After the official candidate is appointed, they’re all best friends again and, usually, they’re part of each other’s administrations.

Back to the Middle East, since the very beginning, Islam was always associated with secular power; therefore, a purely secular Arab state sounds a little utopic after the Pan Arabism idea started to fade in the 60’s, although the separation of church and state in the region is around 300 years old.

According to Muslim politics, the sovereignty doesn’t belong to people but to God. That’s also conflicting with the monarchical hereditary regime, according to some scholars.

Professor Bernard Lewis said that we’ve this feeling in the West that Democracy is the natural and normal condition in humanity and any departure from it is “either a disease to be cured or a crime to be punished”. I agree with him, democracy is not for everyone. But freedom definitely is.

Nobody can deny that the called “Arab Spring” in 2011 was a hope of “winds of change”. However, the people’s mindset makes us believe that nothing significant will change. On the contrary, the quest for freedom will bring an unbalance to the region as the fall of Saddam Hussein did in 2003. And that brings us to a “golden rule” to understand the region.

Nothing is “black & white”.  Personally, I believe Saddam was a terrible person and tyrannical ruler. His regime was a burden to the Iraqis’ shoulders. No doubt, Iraq without Saddam is better than Iraq with Saddam, right?

In theory yes, however the region went out of balance once Saddam’s regime used to “hold” one of the most important tension’s clusters of the Middle East: the Iran-Iraq.

According with Professor Chaney, from Harvard University:

“Will the Arab Spring lead to long-lasting democratic change? As Islamists perform well in elections across the Arab world, many have begun to predict that the recent uprisings will usher in a wave of Islamist-dominated autocracies instead of the democratic institutions many protestors initially demanded. These observers often point to the political trajectories of non-Arab states such as Iran and implicitly claim that Islamist-dominated states cannot be democratic. Others note that the emergence of democratic regimes in Indonesia and Turkey demonstrates that Islamists can play a constructive role in democratic institutions.” (Democratic Change in the Arab World, Past and Present, Prof. Eric Chaney, March 10, 2012, p.2)

“The ignorance of one voter in a democracy impairs the security of all.”

I’m part of the observers that believe that the Arab Spring, although necessary, will bring unbalance to the region, at least in the first decades.

I agree with many things with Professor Chaney, however, I don’t think Turkey is a perfect example of democracy. It’s easy to see, for example, the constant censuring of the internet by the government, cannot be overlooked. Also, the lack of freedom of religion once the Patriarch of Constantinople, leader for the whole Orthodox Christian Church, has encroached over the years his freedom and also his monastery was closed by the government who also dictates the rules of succession in the Church of Constantinople which is, without a single solitary doubt, not their business.

The same with Lebanon, which was created to be a secular country with a Christian majority and now has less than 39% of Christians living there.

It’s very hard to have a real democracy if you have church and State together. A real democracy is not a rule of the majority but a regime where every single group of people is considered and equal. 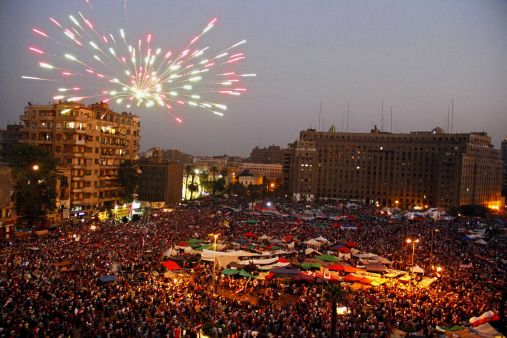 Clearly, the power has changed hands, however for the people, very little will change. The worst form of dictatorship is the illusion of democracy. People think they’re choosing something but, in the end of the day, they’re just puppets in a pathetic but well-written play. In other words, they’ve no real freedom of choice.

“Democracy cannot succeed unless those who express their choice are prepared to choose wisely. The real safeguard of democracy, therefore, is education.”

There’s absolutely no precedent of an Arab country that had dethroned a monarchy and got a democracy. Even the countries that started as democratic countries have their impartiality challenged by the Islamic interests.

I’m not against Muslim regimes; I’m against any religious regime. I’m in favor of secular governments with total freedom of religion. If you want to be a Christian, a Muslim, a Jew, etc… God bless you! You should be able to worship with no fear.

To all of this, we can conclude that Democracy is a process, not some “magic trick”, and it’s only effective when the people / voters are relatively educated and politicized.