Last Tuesday, HIRH Prince Gharios El Chemor of Ghassan has attended the annual Nayrouz service at St Margaret’s Church (Westminster’s) in London invited by His Grace Bishop Angaelos, the General Bishop of the Coptic Orthodox Church in the United Kingdom.

Nayrouz or Neyrouz is a feast when martyrs and confessors are commemorated within the Coptic Orthodox Church. The Feast of Neyrouz also marks the first day of the Coptic year.

Joining members of the Coptic community at the service were international royalty, members of the House of Lords, the Office of the Prime Minister, House of Commons, the Foreign Commonwealth Office, the Diplomatic Corps, the Home Office, humanitarian and advocacy organisations, and various ecumenical, and inter-religious guests. Also, several bishops and priests from different denominations have helped Bishop Anagelos to celebrate the service.

Messages from Her Majesty The Queen, His Royal Highness The Prince of Wales, the Prime Minister and the Archbishop of Canterbury, were read. 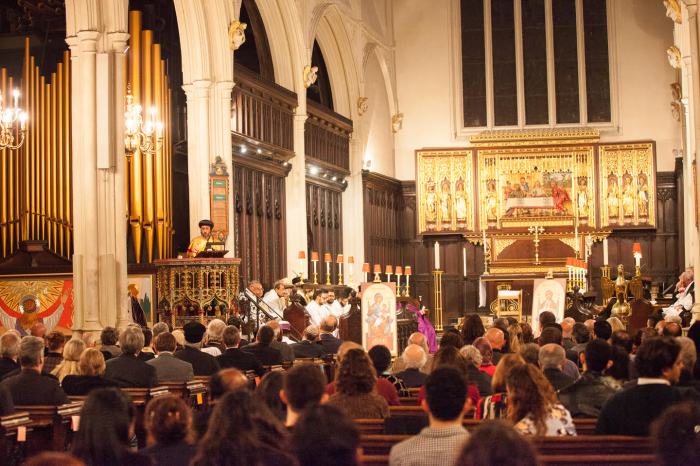 More about the event at http://copticcentre.blogspot.com/2017/10/report-at-annual-coptic-nayrouz-service.html