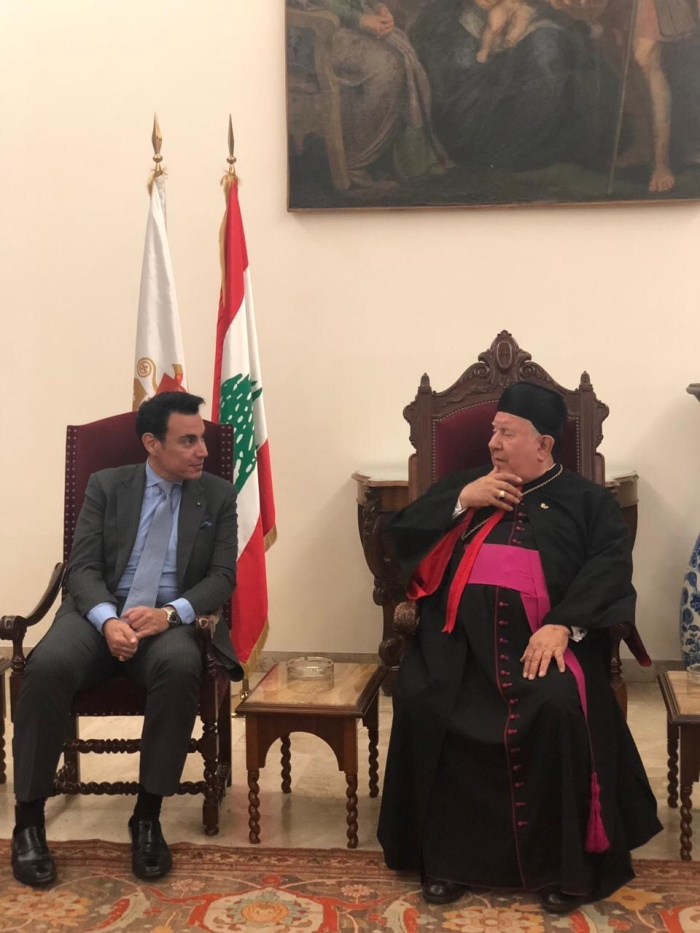 Yesterday, at the Maronite Archbishopric of Beirut in Archrafieh, HRH Prince Gharios El Chemor and a delegation from the board of the Royal House of Ghassanin Lebanon, has visited His Excellency Boulos Youssef Matar, the Maronite Archbishop of Beirut. The group was received by the Archbishop for a private audience and also for an interview for the series of documentaries “One Voice for Christians“.

The Archbishop is a connoisseur of Ghassanid history and very familiar with the El Chemor family, ministering the wedding of a family member in the past.

His Excellency has offered a very comprehensive overview of the situation of Christianity in the Middle East which will be available to the public very soon.

The Royal House of Ghassan has bestowed upon the Archbishop the Order of Saint Michael Archangel in the rank of knight grand cross. 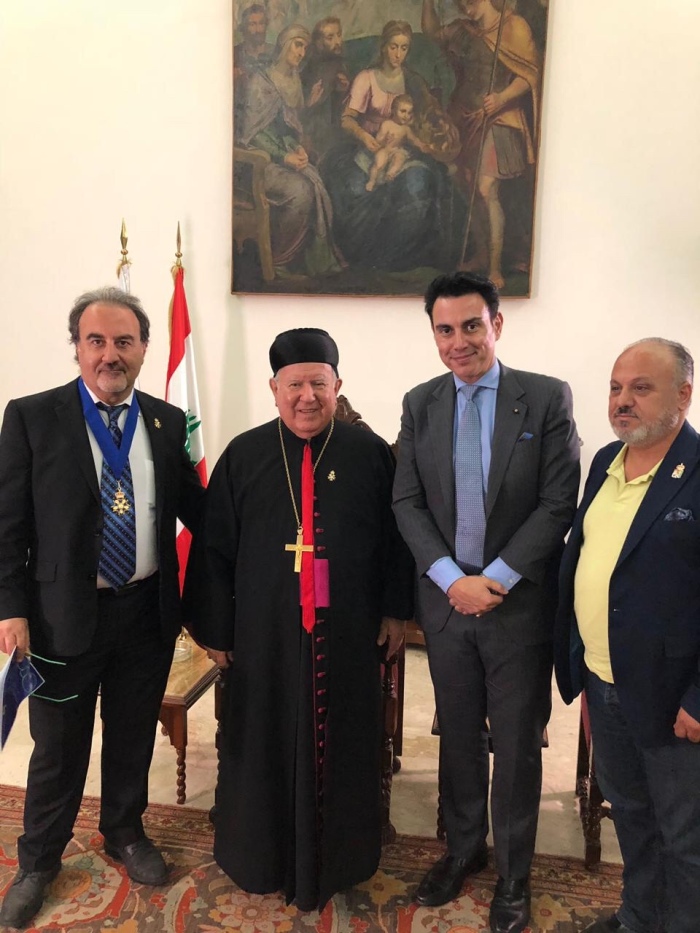 In addition to the Prince of Ghassan, the delegation of the Royal House was composed by the board members HH Sheikh Dr Elie Gharios, Joyce Doumit – the responsible for the arrangements, Petro Al Achkar, and by the production team of “One Voice for Christians“.