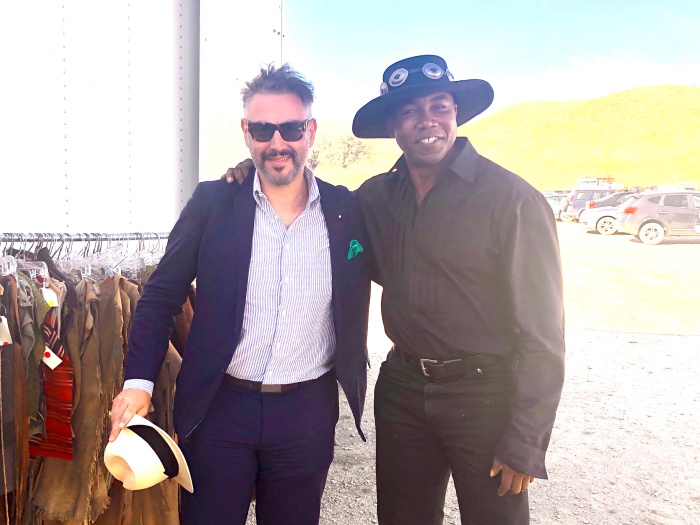 Yesterday, HRH Prince Gharios El Chemor has visited the movie set of “Outlaw Johnny Black” starring the international action star Michael Jai White. He is the first African American to portray a major comic book superhero in a major motion picture, having starred as Al Simmons, the protagonist in the 1997 film Spawn. White appeared as Marcus Williams in the Tyler Perry films Why Did I Get Married? and Why Did I Get Married Too?, and starred as the character on the TBS/OWNcomedy-drama television series Tyler Perry’s For Better or Worse. White portrayed Jax Briggs in Mortal Kombat: Legacy. He portrayed boxer Mike Tyson in the 1995 HBO television movie Tyson. He also played the title role in the blaxploitation parody film Black Dynamite, as well as the animated series of the same name.