Last week, HIRH Prince Gharios El Chemor of Ghassan has stopped in the beautiful Italian island of Capri after some business meetings in the neighboring city of Naples.

At the same time, fashion legend Valentino Garavani had his 152-foot yacht “T.M. Blue One“, named after his beloved parents, Teresa and Mauro, anchored at the island’s bay.

During a tea at the elegant Quisisana Hotel, Prince Gharios was able to manifest his admiration to the great designer’s legendary work.

As part of a very successful trip to Turkey, HIRH Prince Gharios El Chemor of Ghassan Al-Numan VIII had an audience with Prof.Dr. Rahmi Yaran the Grand Mufti of Istanbul . The Mufti has under him 3,100 mosques in Istanbul, one of the most populous cities in Europe with over 14 million people. The highest Muslim authority in the country being only under the Ministry of Religious Affairs.

The Prince Gharios’ delegation had the scholar and protestant bishop from Germany Prof. Dr. Thomas Schirrmacher, PhD, Mr. Martin Warnecke also from Germany and Pastor Dr. Behnan Konutgan from Turkey. The Mufti joined Prince Gharios’ alliance for peace condemning the terror and any kind of violence against other religions. He also received the rank of Knight Commander of the Order of Saint Michael Archangel. 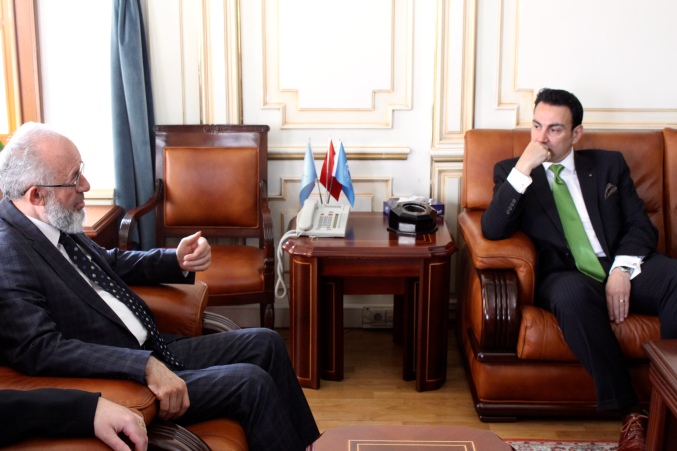