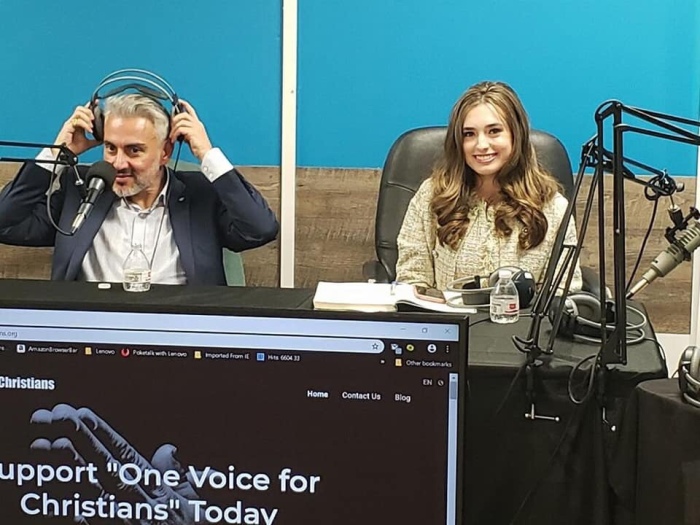 Last night, HRH Prince Gharios El Chemor was interviewed at Hamilton Radio in Hamilton, New Jersey. It was a two hours’ long interview about several subjects but especially regarding the situation of the Christians in the Middle East and the “One Voice for Christians” initiative.

The full interview can be watched here: 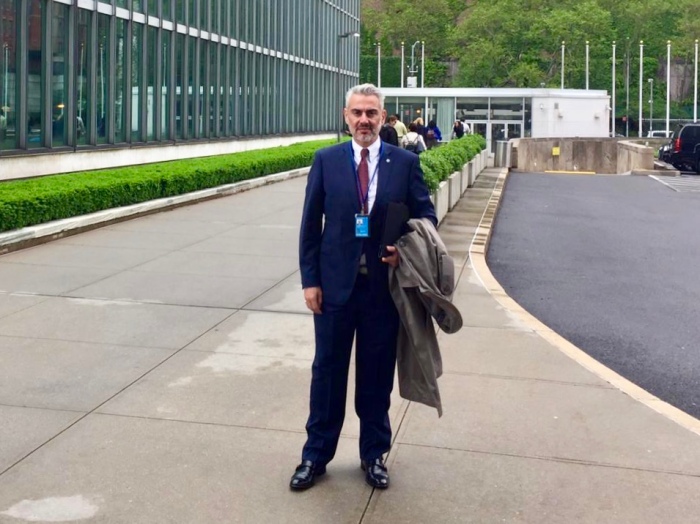 This afternoon, HRH Prince Gharios El Chemor has visited the UN headquarters in New York. The Royal House of Ghassan is in Special Consultative Status with the United Nations since 2016.

Last night, HRH Prince Gharios El Chemor has attended the Path to Peace Foundation‘s annual black tie gala dinner at the elegant Pierre Hotel in Manhattan, this year honoring the Aid to the Church in need international represented by its Executive President HE Thomas Heine-Geldern. Produced by HE Vicky Downey, the Chairperson for the foundation’s Committee and also Lieutenant for the Equestrian Order of the Holy Sepulcher of Jerusalem for Eastern Lieutenancy, the oldest of the US. The event also had the attendance of the Apostolic Nuncio for the US, HE Archbishop Christophe Pierre. The Royal House of Ghassan thanks the gracious host HE Vicky Downey for the kind invitation and also Sir Christopher Simonetti, KHS newly invested knight commander of the Equestrian Order of Michael Archangel for being the special liaison for the East Coast.

More about the Path to Peace Foundation HERE 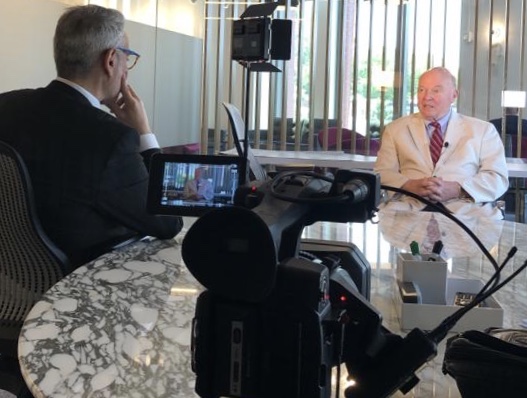 The Royal House of Ghassan and Tyche-Fortuna Entertainment are proud to announce that the series of documentaries of the “One Voice for Christians” has reached twenty-five interviews! Politicians, religious leaders, scholars, activists, amongst other dignitaries, registered their experiences and opinions about the situation of Christianity in the Middle East. The interviews will be part of different documentaries including the most expected long length film “The Invisible People” about the ongoing persecution and exodus of Christians in the Middle East. The initiative is also supported by GH Giving Hands Charity (Germany) and IIRF – International Institute for Religious Freedom.

More about the “One Voice for Christians” initiative HERE 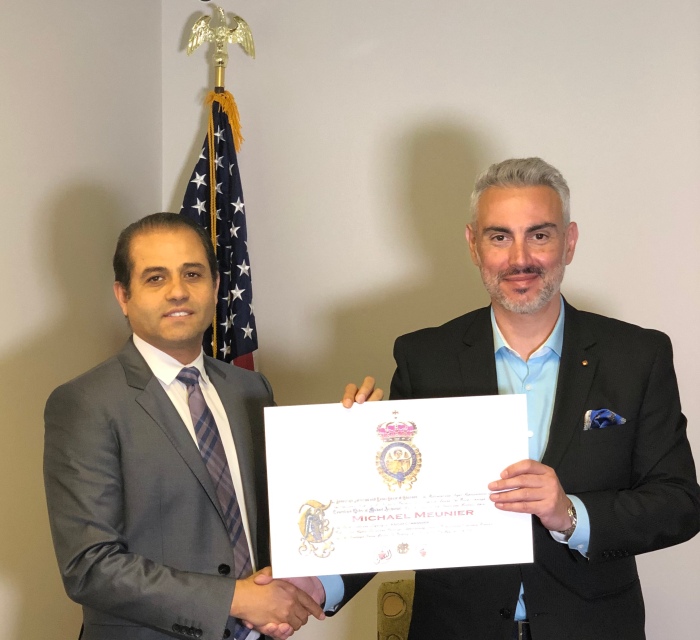 Yesterday, HRH Prince Gharios El Chemor has invested Mr. Michael Meunier with the rank of knight commander of the Equestrian Order of Michael Archangel. Mr. Meunier is a well known Coptic Christian political activist, founder of the Al Haya party in Egypt and successful businessman in the US. Mr. Meunier was also interviewed for the “One Voice for Christians” initiative.

More about the initiative “One Voice for Christians” HERE 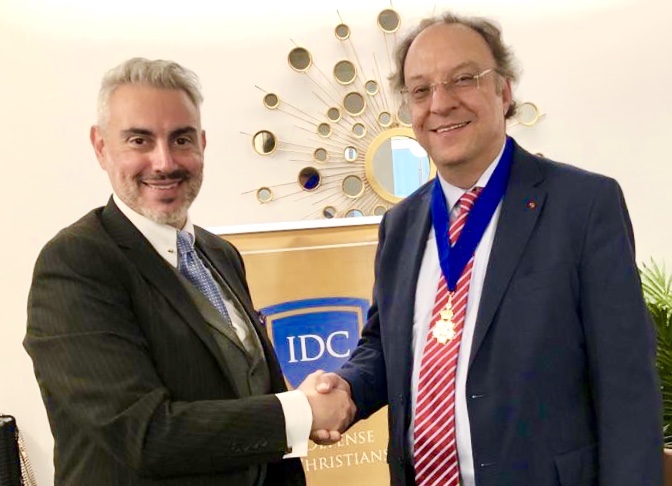 Yesterday, HRH Prince Gharios El Chemor met with Mr. Toufic Baaklini at the headquarters of IDC-In Defense of Christians in Washington DC. The heads of IDC and the Royal House of Ghassan decided to partner to fight the persecution of Christians in the Middle East. The prince has declared that many wonderful organizations around the world are working for the cause and all must be in harmony to make this work more efficient. He has also manifested the need of major actions and strategies in order to revert the nefarious scene in the region. IDC is one of the few organizations in the world completely independent of any special interests working very successfully influencing legislation and working with political and religious leaders in the US and internationally. The Royal House of Ghassan is also in favor of a completely non-partisan and ecumenical stand. Also, the interaction with major political international players is more than necessary for success. In that spirit, prince Gharios put all the Royal House’s resources, including the representation at the United Nations, at complete disposal of IDC. Mr. Baaklini has also concurred with a deep cooperation between both organizations. Prince Gharios El Chemor has honored Mr. Baaklini with the rank of Knight Commander of the Equestrian Order of Michael Archangel and Mr. Peter Burns, IDC’s Government Relations and Policies Director, with the rank of knight.

More about The Royal House of Ghassan HERE 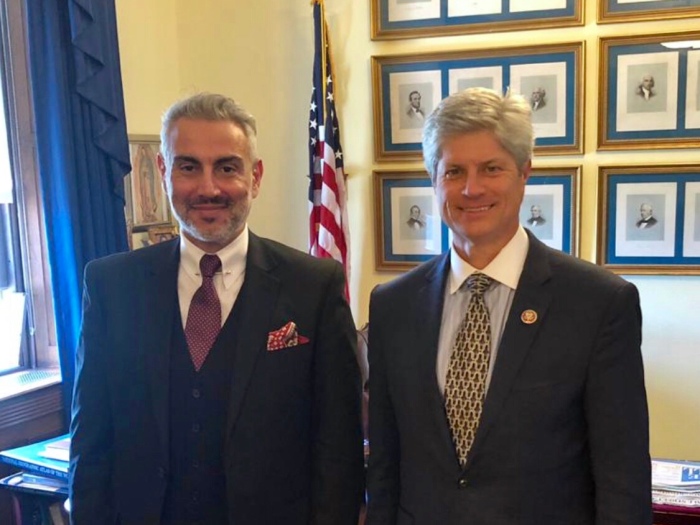 Yesterday, HRH Prince Gharios El Chemor met with Nebraska’s representative Jeff Fortenberry (R) at Capitol Hill. The Congressman was interviewed for the project “One Voice for Christians” and shared his experiences working with the US congress to protect the Christian and Yazidi minorities in Iraq. The Congressman is a champion defending those communities and is a great supporter of organizations like IDC – In Defense of Christians, who’s supporting the production the “One Voice for Christians” in Washington DC. The initiative is also supported by GH Giving Hands Charity (Germany) and IIRF – International Institute for Religious Freedom.

Special thanks to Mr. Peter Burns, IDC‘s Government Relations and Policy Director for facilitating the interviews in Washington DC.

More about IDC – In Defense of Christians HERE

More about “One Voice for Christians” HERE

Many people don’t know that the Royal Succession in the Middle East is different than in Europe. Also, what the title “Sheikh” means. Learn the difference between “Noble Sheikh” and “Royal Sheikh”. By Professor Joseph Kechichian, PhD, the leading authority on Middle Eastern Royal succession in the world today. He has received his doctorate in Foreign Affairs from the University of Virginia in 1985, where he also taught (1986-1988), and assumed the assistant deanship in international studies (1988-1989). In the 1989, he was a Hoover Fellow at Stanford University(under the U.S. State Department Title VIII Program). Between 1990 and 1996, he labored at the Santa Monica-based RAND Corporation as an Associate Political Scientist, and was a lecturer at the University of California in Los Angeles (UCLA). Served as diplomat, being Consul of the Sultanate of Oman in Los Angeles.
Between 1998 and 2001, Dr Kéchichianwas a fellow at UCLA’s Gustav E. von Grunebaum Center for Near Eastern Studies. Currently, is Senior Fellow at the King Faisal Research Center in Saudi Arabia.

Following the full text of the Imperial and Royal Decree:

By the Grace of God,

To all to whom this Patents shall come, Greeting!

Whereas it’s documented that the Ghassanids were some of the first Christian knights in history, protecting the Holy Land centuries before the first Crusade, even though not organized in orders of chivalry “per se” they were pioneers of the medieval and modern concept of chivalry. Therefore, it’s more than reasonable that the Royal House of Ghassan can continue this chivalric tradition. The main order of this Royal House is the Sacred Order of Saint Michael Archangel, received and recognized by popes, heads of State, religious leaders and VIPs all over the world. Based upon this fact we’ve decided the following:

1st – Due to the existence of a homonymous entity registered in the 1980’s in the State of California, without any relation to our Royal House and Orders, we’ve decided by this Imperial and Royal Decree to change the denomination of our Order to “Equestrian Order of Michael Archangel” or EOMA. The ranks of the order are: Knight/Dame, Knight/Dame Commander, Grand Knight/Dame Commander, Knight/Dame Grand Cross and Knight/Dame Grand Collar. The knights and dames holding ranks from the “Sacred Order of Saint Michael Archangel” will just replace the order’s denomination without any prejudice to their titles.

3rd – The knights and dames that don’t pay their annual minimum dues/donations will be put in an inactive status in the first year and will have their membership terminated and knighthood revoked if the situation persists in the second year. Any knights and dames going through financial duress may communicate with the Grand chancellery within the time of paying the respective dues explaining in writing their cases.

Signed with the Great Seat in Los Angeles, United States of America, on May 5th 2019.”

More about the Equestrian Order of Michael Archangel HERE 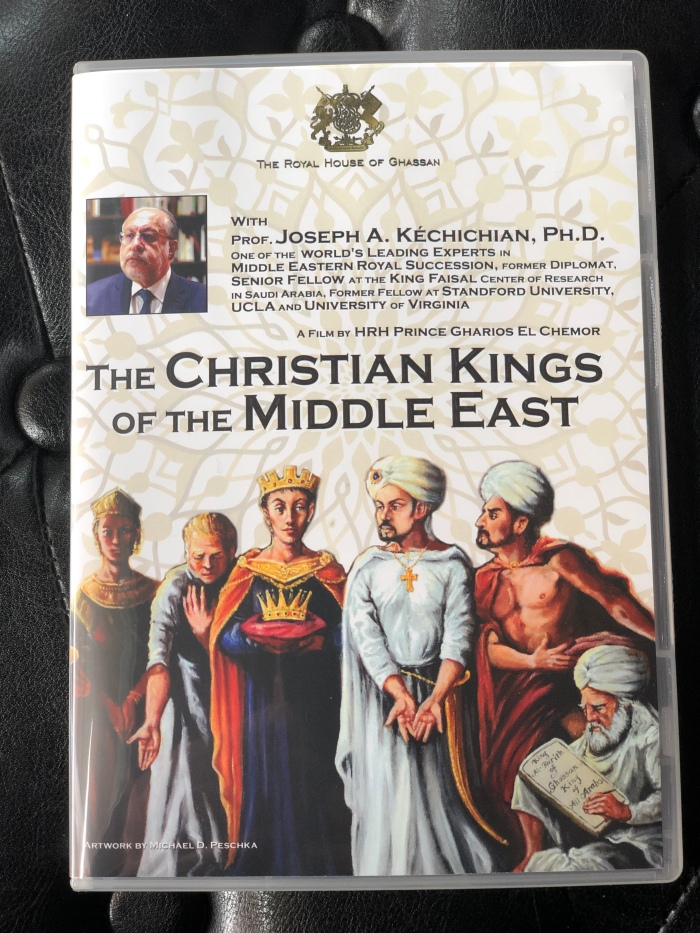 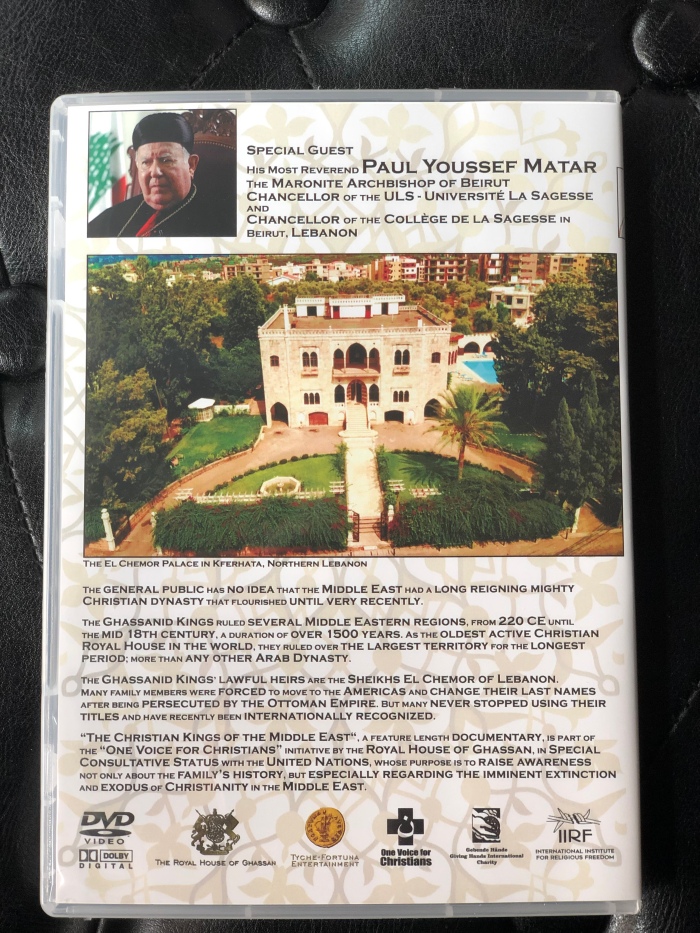 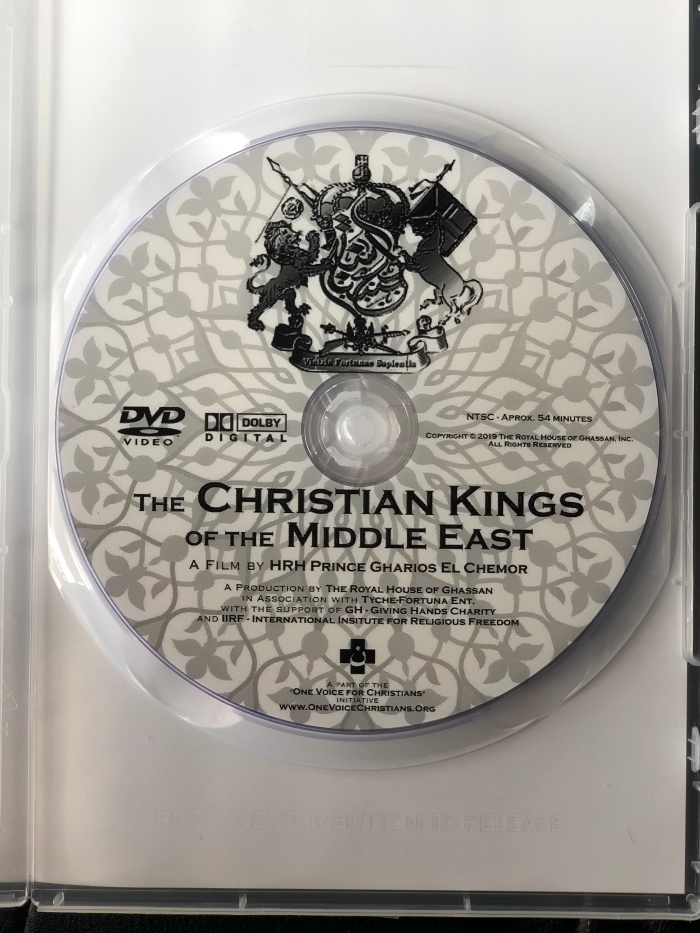 The recently released documentary “The Christian Kings of the Middle East” is now also available on DVD. It also can be watched for free in high definition here:

More about the Royal House of Ghassan HERE

More about the initiative “One Voice for Christians” HERE