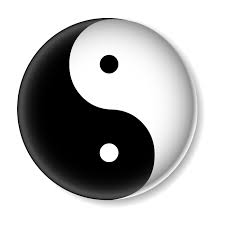 You don’t need much investigation to perceive the negative side of mankind. Just a quick look in the world news gives us a very dark diagnosis about it. In other words, what’s bad about mankind is really bad. However, although not very much announced, what’s good about mankind is really good. I still choke every time I remember reading about this American teenager that had cancer and had to shave his head. His classmates decided that the whole class should do the same. What a beautiful demonstration of solidarity! I’m sure the event was not as much covered than the beheadings of the Islamic State. “A falling tree makes more noise than a growing forest.” That’s a very disappointing truth.

I honestly believe that the so-called “superiority” of our species it’s very relative. Genesis (1:27), states that God created human beings in His own image. That would easily explain the magnificent capacity we have to think and create amazing things. To find the cure of diseases and to put men on the surface of the moon. But also our “capacity” of stupidly destroying our planet, our very own habitat, compromising the future of our offspring reflects more a virus’ than a deity’s behavior.

But truly, what’s the problem with mankind?

In one word? Ignorance. We are ignorant. We don’t think long term. We cannot see, beyond our ego and interests, the big picture. We are not capable of comprehending the interdependence of the Universe. Meaning, we don’t ponder that by harming our fellow beings (human or not), we are harming ourselves.

I know, that may sound like Pope Francis’ last speech or something taken from a Dalai Lama’s self-help book. But it can be easily proven in practice. I’m openly in favor of capitalism. However, I truly believe we are facing an extreme situation regarding the wealth distribution in the whole world. Am I a communist? Never! But you can see in cities like Rio de Janeiro in Brazil, how amazingly dangerous a bad wealth distribution can be.

There you have the rich people living in “cages”, highly luxuriant apartments inside fortresses with electrified barbwire fences and 24/7 heavily armed security. Those people cannot enjoy a nice drive by the lovely beaches on their expensive cars with their windows down. They cannot freely smell the sea breeze without risking being robbed or even worse, kidnapped.  Since it’s very common for the drug dealers exchange bullets anytime of the day, their cars must be – no matter what – bulletproof.

Then, comes a reflection: what’s the use of having so much money if they cannot enjoy it?

Unfortunately, that sad reality won’t take much time to reach the United States and Europe. There’s nothing wrong about having money and nice things but we are losing the common sense, we are losing the balance. There’s not much difference between the life of a multimillionaire and of a billionaire. They both can afford the best homes, the best cars and the best lifestyle. But greed and ignorance makes them want more and more, usually not enjoying the money they already have because they spend so much time working for more.

The same with the environment. Regardless of the debate of if global warming is made by men or not, what’s the problem of living a most responsible life? A more conscious life about the planet we live in?

I always say that we have to change our mindset. We have to understand, once for all, that we are the janitors of this planet, not the landlords!

We are responsible for our fellow beings. There’s no true happiness if that’s based on somebody else’s suffering. Harmony is the word! Let’s find it! Instead of being radical right or radical left, let’s find the middle way! How can a rich person still be rich but being aware of the suffering of others and the well-being of the planet?

Adapting the famous speech by American president Bill Clinton, I honestly believe that there is nothing wrong with mankind that cannot be cured with what is right in mankind. So help us God!

His Imperial and Royal Highness Archduke Otto von Habsburg (20 November 1912 – 4 July 2011), also known by his royal name as Archduke Otto of Austria, was the last Crown Prince of Austria-Hungary. The realm comprised modern-day Austria, Hungary, Bosnia and Herzegovina, Croatia, the Czech Republic, Slovakia, Slovenia, and parts of Italy, Montenegro, Poland, Romania, Serbia and Ukraine. He became the pretender to the former thrones, Head of the House of Habsburg-Lorraine, and Sovereign of the Order of the Golden Fleece in 1922, upon the death of his father. The current head of the House (since 2007) is his son, His Imperial and Royal Highness Archduke Karl Habsburg-Lothringen (born in 1961). HIRH Archduke Otto left us in 2011.

Both videos presented here, show the wisdom of a Catholic prince that sees beyond the labels. And sees the greater good with the eyes of a scholar and a real statesman. May we “drink” from the elixir of his wisdom.

With appreciation and admiration,

Our Lady of Aparecida (Portuguese: Nossa Senhora Aparecida or Portuguese: Nossa Senhora da Conceição Aparecida is a celebrated 18th-century clay statue of the Blessed Virgin Mary in the traditional form associated with the Immaculate Conception. The image is widely venerated by Brazilian Catholics, who consider her as the principal patroness of Brazil. Historical accounts state that the statue was originally found by three fishermen who miraculously caught many fish after invoking the Blessed Virgin Mary.

The honor guest of the first official event of the Prinz Gharios Stiftung (the Prince Gharios Foundation headquartered in Germany) celebrating HIRH Prince Gharios El Chemor‘s 43rd birthday was His Eminence Bishop Anba Damian head of the Coptic Orthodox Church in Germany and representative of His Holiness Coptic Pope Tawadros II. His Eminence was also the protagonist of one of the event’s highlights when he gifted Prince Gharios with his personal Blessing cross.

The Hand Cross, also Blessing Cross, is used in the Orthodox Church by a priest or bishop to give a blessing or benediction. The hand cross is kept on the Holy Table in the Altar and used at certain moments during the liturgy, most noticeably when he holds it in his right hand as he gives the final blessing at the dismissal of the Divine Liturgy. In many traditions, usually Slavic, after the dismissal of the Divine Liturgy all of the faithful come forward to kiss the cross.

The Bishop was invested in the Sacred Order of Saint Michael Archangel, which concomitantly to the event was recognized being canonically erected by the Catholic church in a holy thanksgiving mass in Brazil.

While in New York, HIRH Prince Gharios El Chemor Al-Numan VIII met informally His Excellency Jose Serra, the Brazilian Minister of Foreign Affairs. The Minister was in New York for the United Nations General Assembly. The meeting took place at the Intercontinental Barclay Hotel and the minister was very interested in the prince’s work protecting the Christians and Muslims promoting the peace and dialog. Also, about the prince’s participation in the IPPFoRB – International Parliamentarian Panel for Freedom of Religion or Belief.

The Minister personally invited Prince Gharios for the next international event, the 4th Lebanese Diaspora Energy, in Beirut in May 2017.

The Lebanese Diaspora events are very exclusive, not open to the general public. Below the criteria to participate:

For the second time in 2016, HIRH Prince Gharios El Chemor of Ghassan Al-Numan VIII was invited to an event organized by the German Parliament. The 2nd Parliamentarians’ Conference: An Embattled Right: Protecting and Promoting Freedom of Religion or Belief that was held in the German Parliament building and at the auditorium of the Konrad Adenauer Foundation in Berlin (12-14 September).

Present more than 100 parliamentarians from 60 countries and other leaders of important organizations like the United Nations, the CDU/CSU (German ruling party), the Konrad Adenauer Foundation, major human rights NGO’s, etc

Speaking of the challenge ahead, David Anderson, a Member of Parliament from Canada and a member of the IPPFoRB (International Panel of Parliamentarians for Freedom of Religion or Belief) Steering Group said:

“Make no mistake, with 74% of the world’s population living in countries with high or very high restrictions or hostilities, freedom of religion or belief is an embattled right and the defining issue of our time. Freedom to believe is what shapes our common humanity and, if we are not careful, we risk losing it.”   Learn more about the IPPFoRB by clicking HERE

However, chivalric organizations and associations can be recognized or “erected canonically” by the Holy See according to Canon Law. That’s the only legal recognition an Order outside the aforementioned ones can receive from the Catholic Church. That recognition was bestowed upon the Sacred Order of Saint Michael Archangel – Grand Priory of Brazil on Saint Michael’s day (September 29th) by Decree of His Excellency Dom Roberto Francisco Ferreria Paz, Diocesan Bishop of Campos in Rio de Janeiro, Brazil and also Grand Chaplain of the Order in Brazil. The decree was read during the thanksgiving mass celebrating the Saint Michael Archangel’s feast and HIRH Prince Gharios El Chemor’s 43rd birthday at the Saint Benedict’s Church in Campos, Brazil.

The Order has many VIP members. Among them, some of the main political and religious leaders in the Middle East like: His All Holiness Bartholomew I the Ecumenical Patriarch of Constantinople, His Holiness the Coptic Pope Tawadros II, His Eminence and Beatitude Cardinal Bechara Boutros Rai the Maronite Patriarch, His Excellency Monsignior Maroun Lahham the Archbishop of Jordan, His Excellency Moussa El-Hage the Maronite Archbishop of the Holy Land, etc    See more of the VIP members HERE

During the dinner promoted by the Prinz Gharios Stiftung (Prince Gharios Foundation in Germany) celebrating Prince Gharios‘ 43rd birthday, the Aramaic organization headquartered in Germany called “We are Christians” honored Prince Gharios with a commendation certificate. The Prince was already proudly an Honorary Member of the Aramaic organization since 2015. The honor was given by Mr Josef Gabriel, the Chairman of  “We are Christians”.

To learn more about “We are Christians” please click HERE