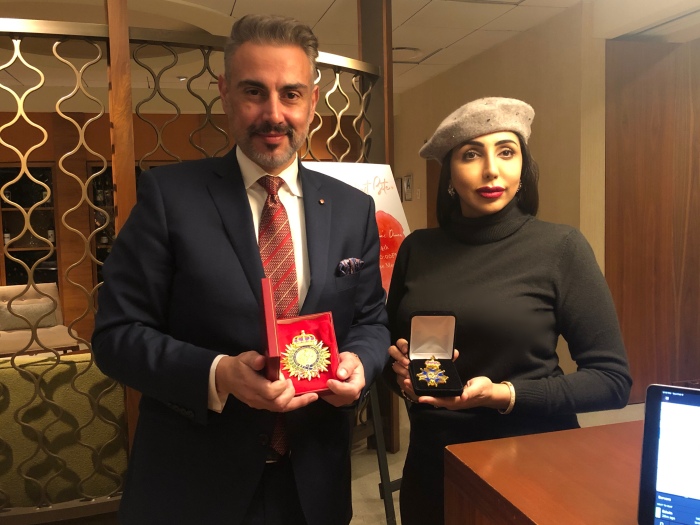 The United Arab Emirates is one to the most prosperous monarchies of the Middle East. The Al Qassemi Family rules two principalities: Sharjah and Ras Al Khaimah.

Despite of the young age, the princess is a great intelectual being an architect, writer, artist and educator. Amongst many enterprises, she’s the founder of the International Dubai Fashion Week and the Velvet magazine.

Her Highness is related to Prince Gharios through a grandmother’s link to the El Chemor (El Shoummar) family. 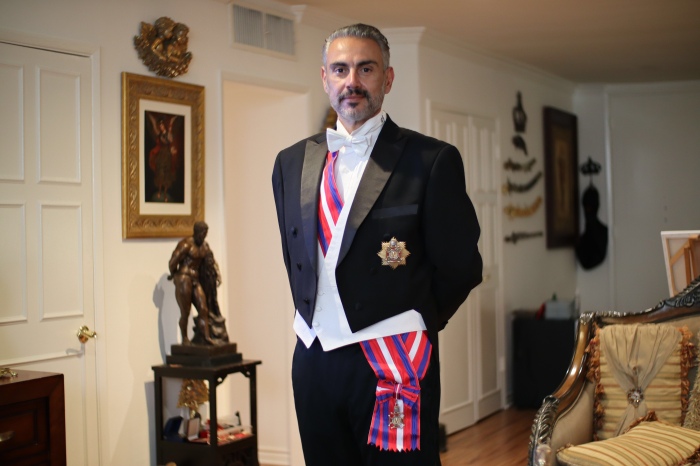 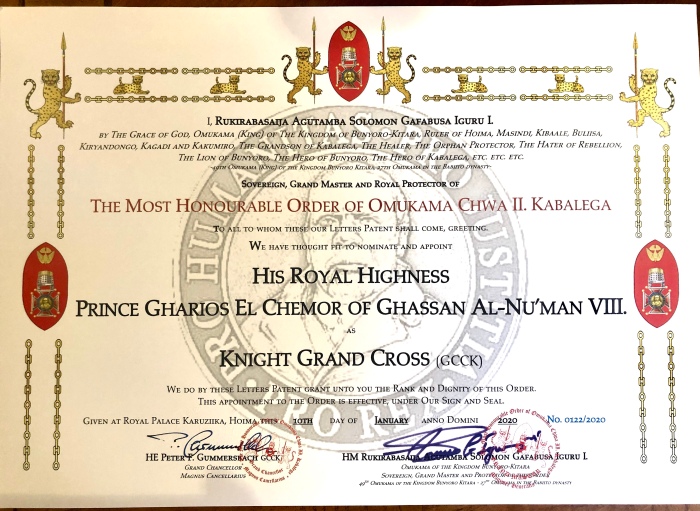 Above: the brevet of “Knight Grand Cross of the Most Honorable Order of Omukama (King) Chwa II Kabalega”

The kingdom of Bunyoro was established in the 16th century by Rukidi-Mpuga out of the northern portion of the Kingdom of the Songora also known as the Chwezi Empire or Empire of Kitara. At its height, the Bunyoro kingdom controlled the Great Lakes region of Africa, one of many small states in the region. The earliest stories of the kingdom having great power come from Uganda and Rwanda. During the first regime of Milton Obote, the Kingdom of Bunyoro initially benefited from regaining the two “lost counties” of Buyaga and Bugangaizi following a 1964 referendum. It was, however, forcefully disbanded in 1967. The kingdom, together with three others, Buganda, Busoga, Toro, remained banned during the regime of dictator Idi Amin (1971–1979) and the second regime of Milton Obote (1980–1985) and remained banned until 1993.

In 1993, the Kingdom was re-established and in 1995 the new constitution of Uganda was made, allowing and recognizing the Kingdoms. The current Kingdom covers the districts of Buliisa District, Hoima district, Kibaale District, Kakumiro District, Kagadi District, Kiryandongo District and Masindi District.

Bunyoro remains as one of the five constituent kingdoms of Uganda, being fully protected and legally recognized by the Republic.

Last month, HRH Prince Gharios El Chemor was recognized and honored by His Majesty the King (Omukama) of Bunyoro-Kitara with the rank of Knight Grand Cross of the Most Honorable Order of the Omukama (King) Chwa II Kabalega. Also, the Royal House of Ghassan was fully recognized by the Kingdom of Bunyoro-Kitara along with all the titles and Orders. 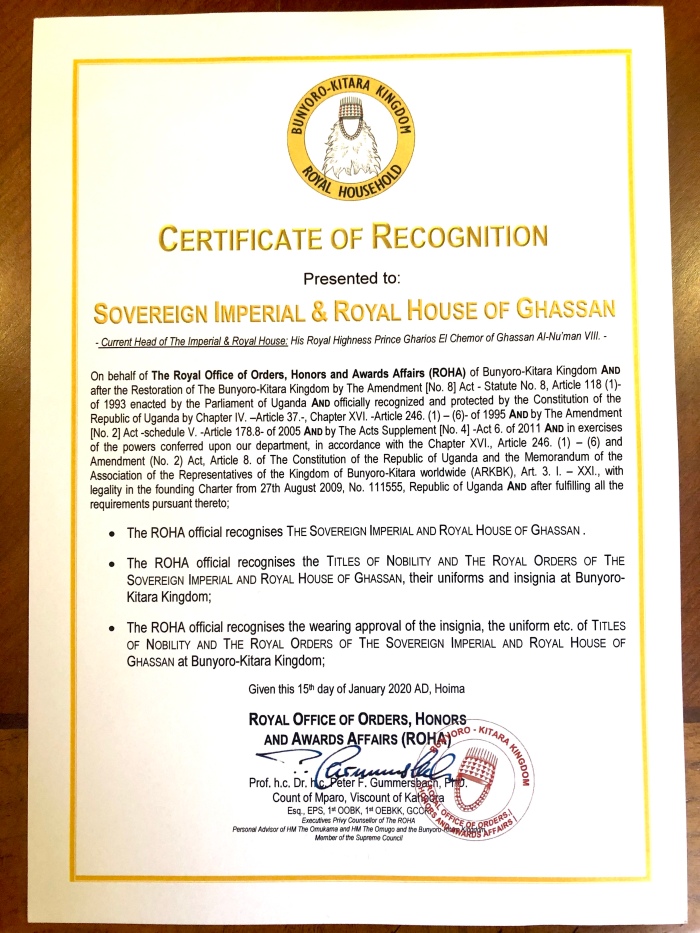 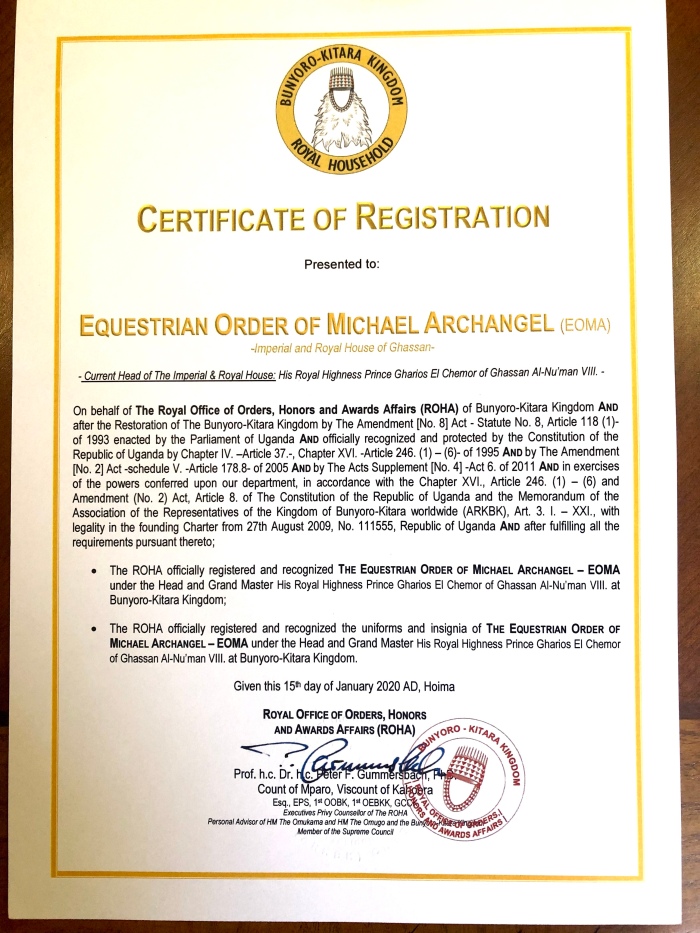 Above: the full recognition of the Royal House of Ghassan and the Equestrian Order of Michael Archangel

The Royal House of Ghassan signed a treaty of full recognition and friendship with the Kingdom of Bunyoro-Kitara. 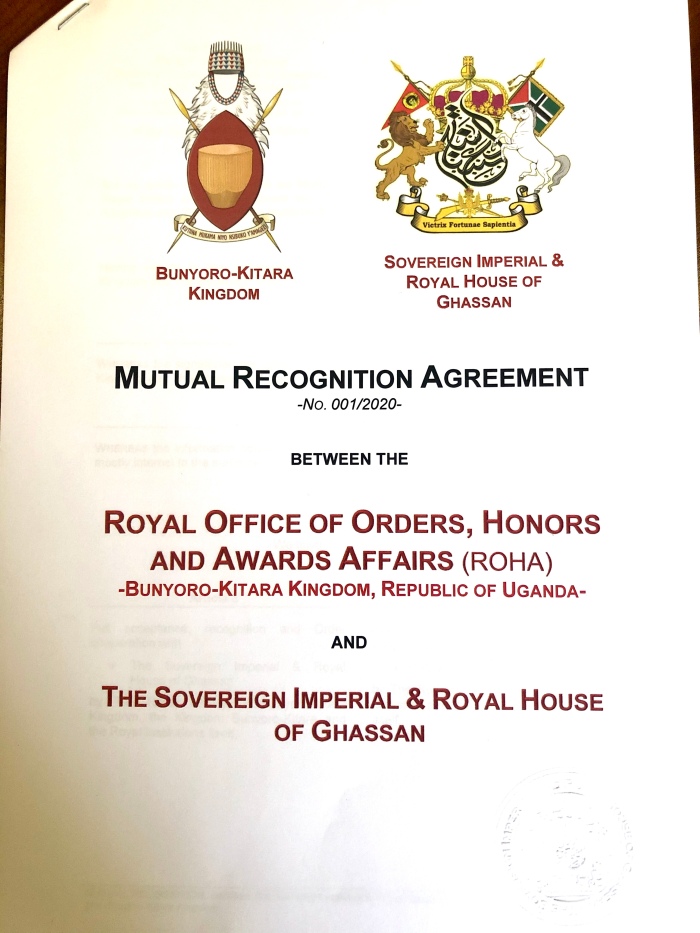 We would like to thank His Excellency Peter Gummersbach, Count of Mparo, Viscount of Kahoora, for the intermediation.

Watch this BBC documentary and learn more about the kingdom 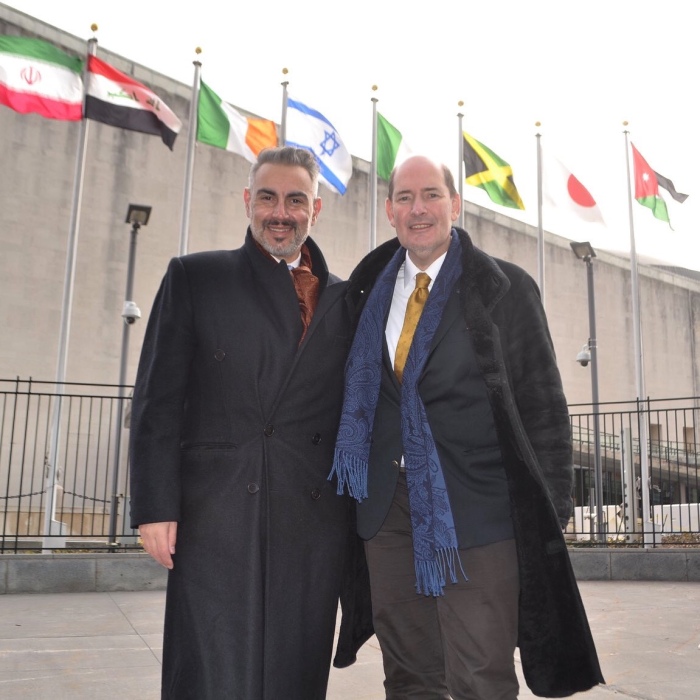 Above: HRH Prince Gharios El Chemor with Dr Michael Hesemann in front of the United Nations Headquarters in NY

Prince Gharios El Chemor was the only Arab dignitary present at the special event hosted by the permanent mission of the Holy See in the UN and organized by the Pave the Way Foundation presided by His Excellency Gary Krupp, GCSG, OStJ DCS. One of the main lecturers was the president of the Prinz Gharios Stiftung (Prince Gharios Foundation in Germany) Dr Michael Hesemann speaking about the role of the Catholic Church and Pope Pious XII during WWII. 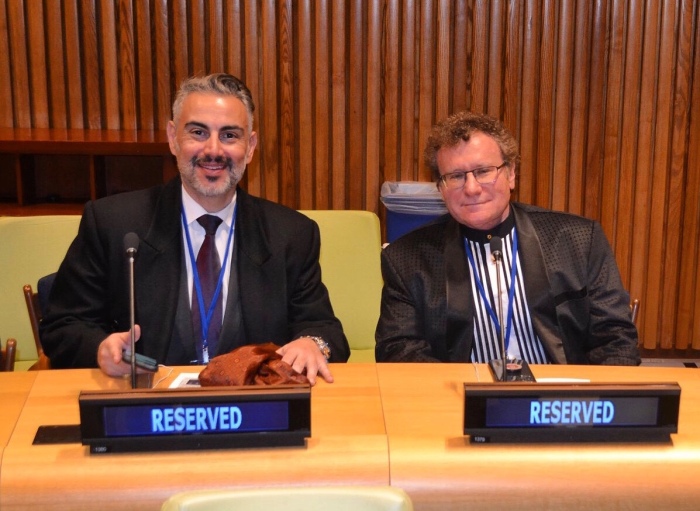 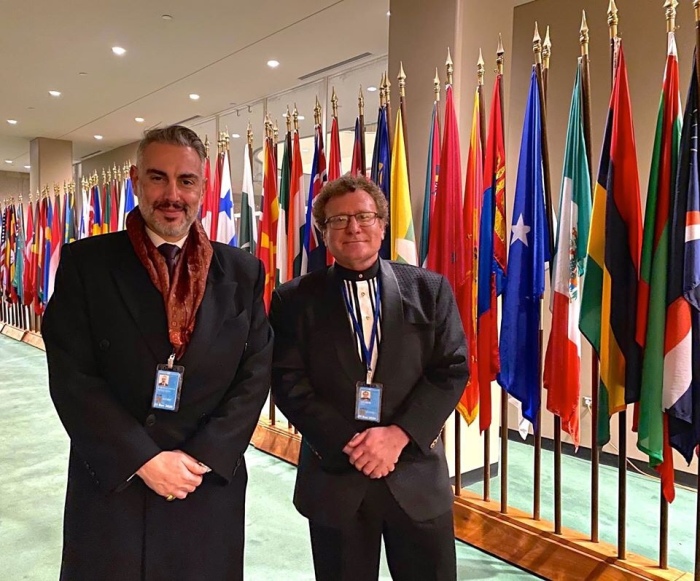 Above: Prince Gharios and Dr Robert Goldman inside the United Nations headquarters in NY 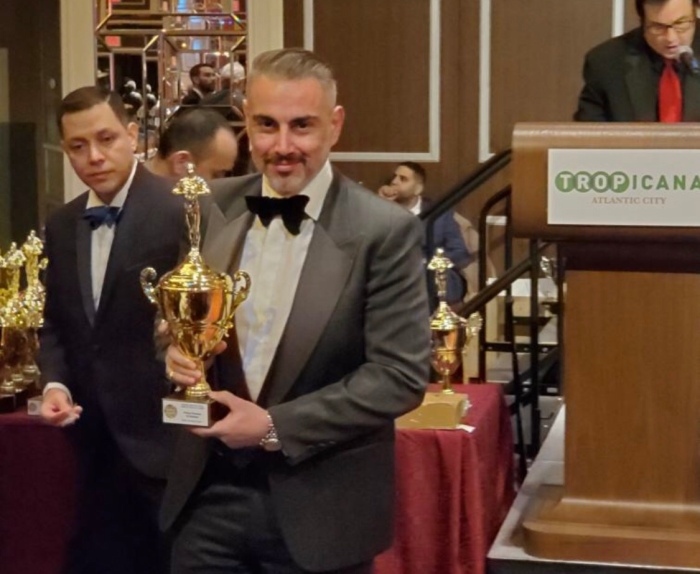 With over four decades dedicated to the martial arts, studying: Judo, Kung Fu, several styles of Karate, Kali Silat, Brazilian Jiu-Jitsu, Kobudo, European Fencing and Aikido; the prince holds three black-belts: first degree of black-belt in Karate and Kobudo and fifth degree of black-belt in Aikido, being the pioneer of Steven Seagal method of Aikido in South America. Prince Gharios was direct disciple of Seagal for almost six years.

The award was given during the largest martial arts event in the world, the Mega Martial Arts Hall of Honors 20th Anniversary at the Tropicana Hotel in Atlantic City, NJ.

Special thanks to Dr. Robert Goldman for the recommendation and support.