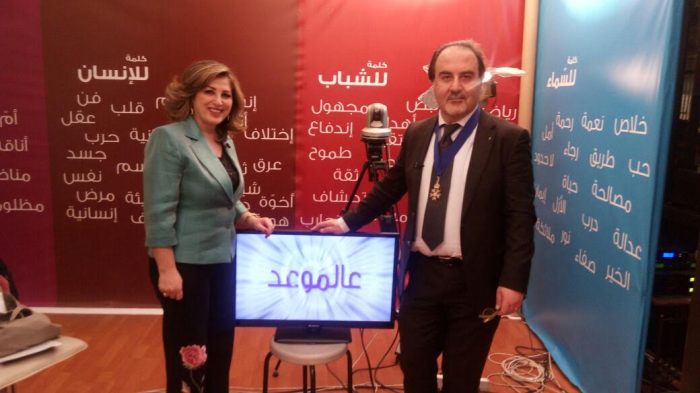 Today, the president of the Lebanese branch of the Royal House of Ghassan, Sheikh Dr. Elie Gharios was interviewed by Mariam TV. He spoke about the charitable and cultural projects of the Royal House not only in Lebanon but in three continents.

“Mariam TV” is a satellite channel from Tele Lumiere. It is a live tribune that transmits the voice of women to the whole world and encourages the development of societies. It’s devoted to broadcasting programs that raise awareness and spread education. It is called “Mariam” since “Mariam”, the Holy Mother of God and the Divine Mercy on earth, gathers around her Christians and Muslims.