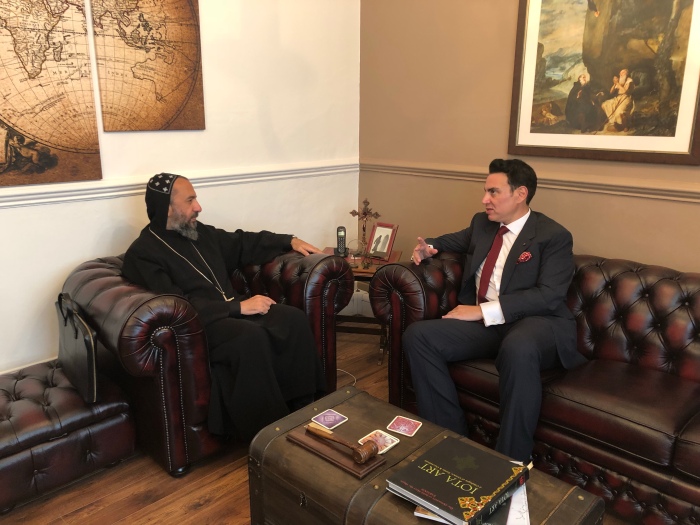 Last Wednesday, HRH Prince Gharios El Chemor has visited His Eminence Anba Angaelos, the Coptic Orthodox Archbishop of London at his office in Westminster. The Archbishop is also the General Coptic Bishop for the United Kingdom and in 2015 has received the OBE (Most Excellent Order of the British Empire) from the British Crown.

They’ve discussed the situation of Christianity in the Middle East in its interaction with the western civilization. Also, the Prince of Ghassan has presented the project “One Voice for Christians” to the Archbishop. The meeting was very productive and strengthened not only the commitment to protect Christianity in the Middle East but also the strong friendship ties between the Archbishop and the prince.