HIRH Prince Gharios El Chemor will visit the city of Campos (Rio de Janeiro State, Brazil) for a week next month. He was invited to speak about the situation in the Middle East in five venues: at UCAM – Candido Mendes University (Latin America’s oldest private University founded in 1902), at the Fluminense Federal Institute (Technical Faculty), at the City Parliament (founded in 1652), the Maria Imaculada Diocesan Seminary and at the Imaculada Conceicao Catholic Seminary.  In the visit, Prince Gharios will inaugurate the Grand Priory of Brazil for the Sacred Order of Saint Michael Archangel investing the first knights and dames. The prince will also visit government representatives and the Açu Port. HIRH Prince Gharios is a 5th Dan (degree of black belt) in Aikido and will also minister a Seminar with his top student Sensei Bernardo Caneca Pereira 3rd Dan. Below the event’s poster and program in Portuguese. 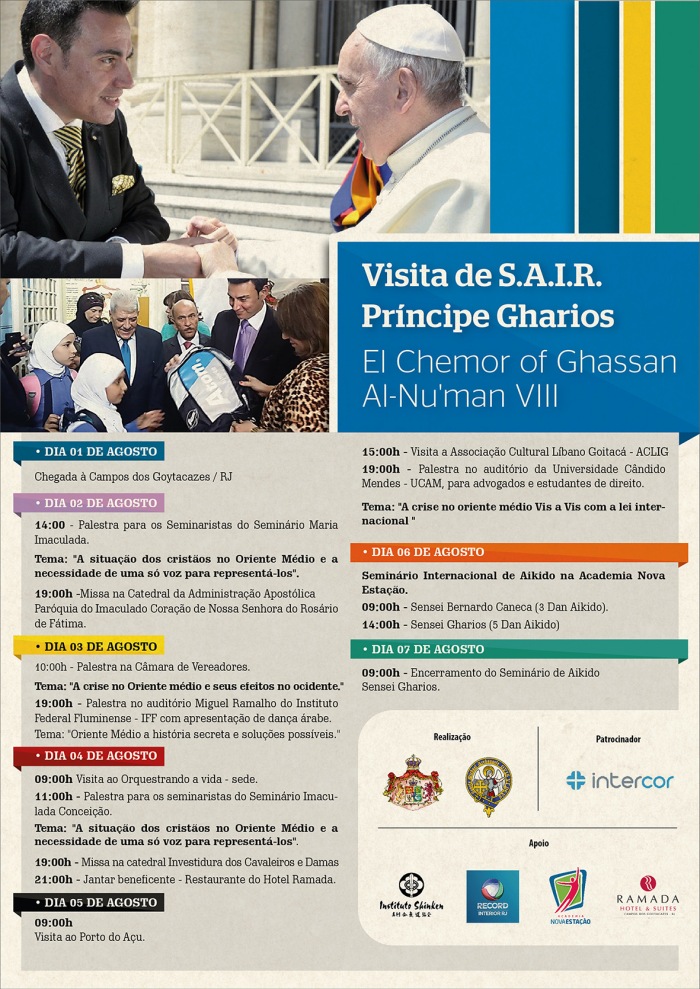